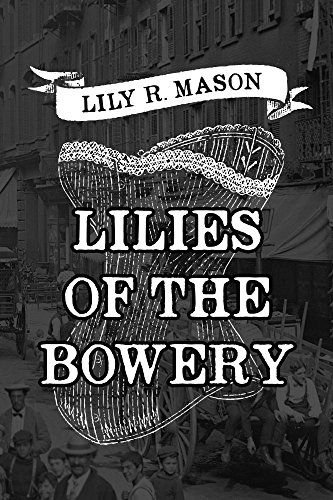 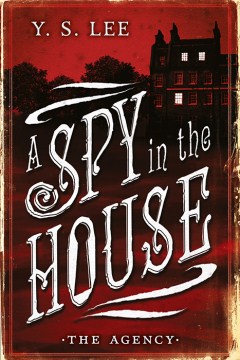 There are cyclons in Victorian England. Other dangers include emotionally unavailable hottie demon slayers, wayward brothers, and the usual supernatural suspects (vampires, warlocks, werewolves). 16-year-old shapeshifting Tessa Gray is a likable protagonist, and the other characters, both naughty and nice, are both naughty and nice, meaning that the good guys have their flaws, and you have some understanding or respect for the bad guys. This is the first installment in what the annoying (how do you turn off the sound?!?) website indicates will be a trilogy. It does read like exposition and denouements, but doesn't end.

"Anger, Tessa thought, was satisfying in its own way, when you gave in to it. There was something peculiarly satisfying about shouting in a blind rage until your words ran out.

"Of course, the aftermath was less pleasant. Once you'd told everyone you hated them and not to come after you, where exactly did you go?" p.306

I've read the book's prequel Rivington Street but hadn't revisited Union Square since I bought it in a used bookstore in Guatemala in 2001. RS is a historical novel, but US reads more like a fictional history. It's full of educational examinations of Jewish life in the 1920s-40s, covering issues like Palestine, Zionism, World War II, communism, and labor politics, but also tells the stories through the lenses of art, fashion, and psychiatry. Tax used oral histories for her research, and the voices sound authentic. To me the most interesting and informative bits are the characters internal and external struggles with the party line and the multi-faceted views on the conflicting Zionist movements. The author does a good job of revealing multiple truths in these contentious topics, but you still have an idea where she's at personally. The sometimes disastrous relationship between the Communist Party and American labor, not to mention the difficulties it creates between father and daughter is sometimes painful to read, but fascinating stuff!

I was so psyched to read Lisa See's new historical novel that I snatched it off the cataloging truck to get at it faster. With that kind of build up, it would have been surprising if I liked it as much as I expected to, so maybe it's not Shanghai Girls's fault that I didn't love it.

"He speaks in your voice, American, and there's a shine in his eye that's halfway hopeful." is the opening sentence in the novella that was originally the prologue to DeLillo's 827 pager Underworld. It’s a striking line, a powerful one, and to me, someone who reads few books written by men, a masculine line. I wonder if a woman, or for that matter a person of color could have written it. That's not to say women and POC can't write stunning openers, it's to say that there's a confidence in DeLillo's sentiment, that others will relate to him, that his voice is "your voice." One of the main characters in the book is a 14-year-old African-American, but there are no women present in the whole 81 pages, except a mention toward the end of a photograph of Frank Sinatra (also a character in the novella)'s wife Ava Gardner's cleavage, and perhaps a few other reference to everymen's wives. I'm not pointing this out to criticize necessarily, but to say that in reading this book, I was not on my own turf.

When you see a thing like that, a think that becomes a newsreel, you begin to feel you are a carrier of some solemn scrap of history. p.17

This book was recommended to me by a friend who got so absorbed in reading it, that she called in sick to work to finish it. Since it's 702 pages long, I might have appreciated some more concentrated reading time, as well. I liked the book, where the central plot element is the labor dispute between the Boston Police Department and the city in 1919, pretty well, but was not quite as in love with it as my friend.

Danny didn't know a soul who had taken the Prohibition bills seriously, even when they'd made it to the floor of the House. It seemed impossible, with all the other shifts going on in the country's fabric, that these prim, self-righteous "don't dos" had a chance. But one morning the whole country woke up to realize that not only did the idiots have a chance, they had a foothold. Gained while everyone else paid attention to what had seemed more important. p.72

"The preliminary suspicions that the molasses tank explosion was a terrorist act have been a boon for us. Simply put, this country is sick of terror."
"But the explosion wasn't a terrorist act."
"The rage remains." Finch chuckled. "No one is more surprised than us. We thought the rush to judgment over the molasses flood had killed us. Quite the opposite. People don't want truth, they want certainty." He shrugged. "Or the illusion of it." p.491