After how much I enjoyed Brigg's last Alpha and Omega novel, I was disappointed that this one was more like the first full-length novel in the series, in that the author seemed to be more in love with the idea of the dynamic of the relationship than in telling a story. 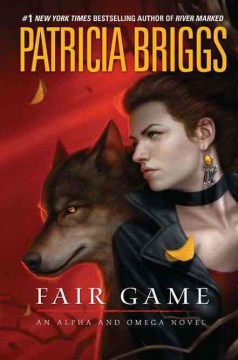 This is a reasonably compelling teen hackers novel with an annoying open ending. 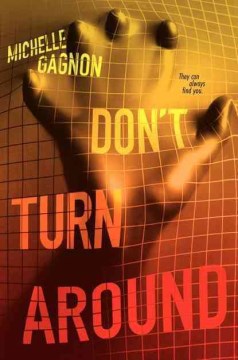 First off, let me defensively say that I found this book on the giveaway pile in my apartment building lobby, and it will go there again when I am done writing this review. That’s not to say that I didn’t enjoy reading this open and honest account of sex work. Angell makes it very clear that it is indeed work. Imagine having to spend nearly an hour and multiple tactics (on command) to give a coked out penis its happy ending!

Love & Lies is billed as a companion to Wittlinger's Hard Love, a YA novel with zine publishers as its main characters. Sadly this installment doesn't involve zines--and weirdly none of the characters seem to be vegetarian, much less vegan--but it is still a compelling read.

This is essentially a poor little rich girl story, about a plump, socially awkward half an orphan, half-Jewish teenager in NYC and Boston in the late 1940s. The book surprised me, as I was expecting a more hateable heroine. In fact, one of the things that saves her, is that she is not brilliant, not beautiful, and not particularly sensitive or insightful. She is just a troubled teenager, who happens to be worth a ton of dough but is basically emotionally isolated while having to navigate the death of one parent and realizing the other will never be there for her either.

It was obvious that Judy would never be idle until she was downed by old age or a terrible disease. And as for rich, she didn't have it in her. No matter how much money she had invested in AT&T or Eastman Kodak, no matter how large her bank balance, she thought poor. She didn't have the flair to throw away bread crusts and socks worn at the heels. She couldn't buy a ring for herself merely because she liked the look of the gem. She could never have owned thirty pairs of shoes, the way my mother did, nor spend $45 on a cotton dress to wear in the city in August when everyone was away. Judy thought in terms of saving, not spending, which I discovered was the big difference. Almost, in fact, as big as the difference between your German Jew and your Russian Jew. My mother was a spender, and she had such fun--oh she had an absolutely lovely time spending oodles of fresh, sticky bills tucked away in their Mark Cross wallet until she was ready to snap them out. p.205-206

This book was recommended to me by a friend who got so absorbed in reading it, that she called in sick to work to finish it. Since it's 702 pages long, I might have appreciated some more concentrated reading time, as well. I liked the book, where the central plot element is the labor dispute between the Boston Police Department and the city in 1919, pretty well, but was not quite as in love with it as my friend.

Danny didn't know a soul who had taken the Prohibition bills seriously, even when they'd made it to the floor of the House. It seemed impossible, with all the other shifts going on in the country's fabric, that these prim, self-righteous "don't dos" had a chance. But one morning the whole country woke up to realize that not only did the idiots have a chance, they had a foothold. Gained while everyone else paid attention to what had seemed more important. p.72

"The preliminary suspicions that the molasses tank explosion was a terrorist act have been a boon for us. Simply put, this country is sick of terror."
"But the explosion wasn't a terrorist act."
"The rage remains." Finch chuckled. "No one is more surprised than us. We thought the rush to judgment over the molasses flood had killed us. Quite the opposite. People don't want truth, they want certainty." He shrugged. "Or the illusion of it." p.491