This is a fast, enjoyable read, and gives you an idea of what life is like for women in Afghanistan. Ms. Rodriguez is a likable if not always reliable narrator. As she says herself, "Sometimes I wonder if I'm doing much good here. There are many of us Westerners who want to help Afghan women, but our efforts don't always help them in the ways that we hope they will. ... It takes a long time to understand how the complexities of these women's lives differ from the complexities of ours." (p.259)

High school cheerleaders as government spooks hide in plain site behind their sparkles and designer bags. Sounds juicy, right? It's a real page turner; I went through it in about 24 hours. I totally recommend it to a teen, tween, or fellow adult young adult literature aficionado, and I'm requesting the 2nd installment (Killer Spirit) from NYPL as I type. 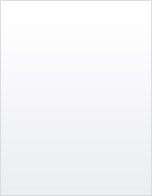 And Then They Were Nuns is different from other lesbian separatist utopia novels because the utopia is a monastery, and the lesbians are nuns--except for the one who serves as the priest. I'm sorry; it's hard not to tease such a set-up. And Then They Were Nuns actually is more or less like other lesbian separatist utopia novels, not that that's a bad thing.

Marlys and Maybonne's little brother gets in trouble a lot, and like his sisters has a rotten home life. Who's better than Lynda Barry at depicting the misery and shame of childhood, but with enough love for her characters that you don't totally want to kill yourself while reading about them?

Last year the 50something unemployed school librarian took off on a European grand tour, starting with three months in Brest, studying French. This is my favorite issue so far of E-Zine. Elaine's narrative has more of a thru-line than in the past (my hang-up, not hers!), which contrast nicely with her collage-y visual style. There are photos and little handwritten notes and handstamped stamps throughout. I love the purple pen nib on the back, especially.

Apparently life in North Korea is pretty grim. Most people don't even have electricity for more than a few hours a day, as you can see from this image that opens Nothing to Envy. You'd think that would lead to a lot of teenage pregnancy, but according to the North Korean defectors Demick interviewed in South Korea, there's not a lot of premarital sex in the dark nation. Two of her subjects dated from their teens through early twenties without doing more than kissing, and it took them nine years to get to that point. It's just as well that the culture is so straight-laced, since the country can't feed the citizens it has. According to Demick, "Even in the best of times North Korea can produce only about 60 percent of the food needed for its population, and it currently cannot afford to import the rest." And these are not the best of times for North Korea.

The second installment of Briggs's Mercy Thompson series is as compelling as the first. Or maybe it isn't, because it's not new. And the multiple love interests are starting to show themselves. Not only is Mercy about to find herself caught between a werewolf and a vampire (yawn!), she's also torn between two werewolves. The other thing I found a little annoying this time around is the introduction of one of Mercy's other skills: talking to ghosts. It seems totally inorganic, both to the plot and to the universe Briggs has created.

The graphic novel told story of a corporate thug turned hero of the working man after he gets fired from his job shilling feel good ultimatums is full of clever political puns and...cleverisms. Seriously, you'll marvel at the authors' wit on nearly every page. They provide data (in the form of clever satirical ads) to back up their anti-capitalist point-of-view. The art seems (to my ignorant text-biased self) to be right in tune with comic book superherolands. My chief complaint, if you can view it as one, is the denseness of the clever. I can see this working better as a daily comic strip where stopping to marvel at the wit doesn't pile up all at once to give you a repetitive smirk injury.

America is what's supposed to be a step from heaven for the Park family, when they emigrate there from Korea. Young Ju's family makes its way to the US when she is about four, if I remember correctly. The early parts of the novel, which chronicles her life until just before she leaves for college, are impressionistic, conveying how one's memory of childhood comes in flashes, not narratives. The telling remains episodic, though of course it gets clearer as Young Ju matures. Sometimes I don't like that kind of writing, but in A Step from Heaven it's just how she tells a sometimes painful story. Even the reader needs a little literary distance from Young Ju's abusive father, and from seeing the abuse turn Young Ju's American-born brother Joon Ho into a monster, as well.