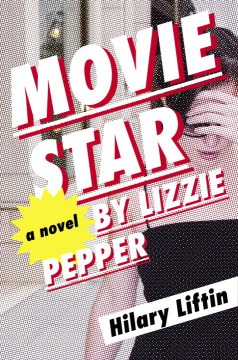 A young TV star gets a meet, supposedly for a film project, with a ginormous movie hero twice her age. She doesn't book the gig she thought she was auditioning for, but a lucrative deal is in the offing--Mrs. Ginormous Movie Hero. Lizzie Pepper is wooed, falls in love, has the world at her feet, and pretty much everything she wants, and yet she is lonely. Rob Mars is thoughtful, charming, sexy, powerful, and massively successful, but he's also somehow without intimacy. There's also the secrets of his Practice with One Cell, to consider.

It's no secret that Movie Star, a first novel by an experienced ghost writer, is at the very least inspired by Katie Holmes and Tom Cruise. The Entertainment Weekly review snarks,

Just to be clear, this book is not about Katie Holmes and Tom Cruise. Okay, yes, it’s narrated by a fresh-faced actress who was probably best known for her role on a TV teen drama until she took a meeting with the biggest movie star on the planet, fell in love, and found herself in the eye of a media hurricane. But the strange, secretive religion her future husband is devoted to is called One Cell studios, not Scientology, and he jumps on the roof of a car to publicly declare his love for his young bride, not on Oprah’s couch, and a lot of other details (her hair, his height) could be anyone’s, which the book’s press materials are very, very careful to point out. So let’s all just be cool and agree that nobody needs to call their legal team, okay?

I was attracted to the book for its gossip and intrigue potential, but even if it's glossy fare, it's still the story of a woman being systematically manipulated and isolated from her friends and family. Lizzie Pepper is a survivor of emotional abuse on a grand scale, even if she gets coveted movie roles, luxury cars, and daily massages during the abuse at the hands of her abuser. That's part of it.