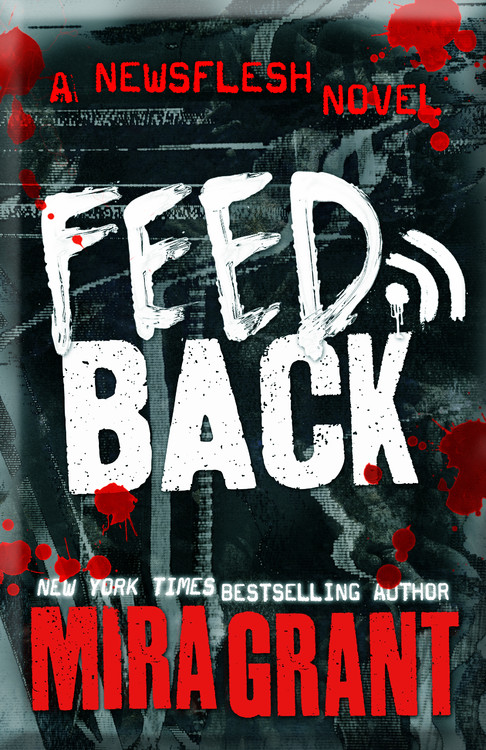 This standalone (I think) novel takes place in the Newsflesh universe spanning at the same time as at least the first two books of the primary trilogy. It's like Grant wrote a full-length fan fiction story. It's not dissimilar to Feed and Deadline in voice and plot, which is exactly what fans are probably looking for. Some of the characters play bit parts in the original trilogy and are given deep and compelling backstories here.

Grant updates her writing about presidential elections, though, to reflect current events.

Reaching into a bag while under police surveillance was likely to be interpreted as reaching for a gun--and back then, just having a firearm in the presence of the cops was considered a totally valid reason for them to start shooting. If the Rising [of zombies] hadn't happened when it did, the police would probably have triggered a civil war.

The narrator and primary protagonist, Ash, speaking above is an Irish immigrant lesbian green card/beard married to a Black man. Ash's girlfriend is Chinese-American and the other member of their journalist band is a genderfluid engineer and makeup maven named Mat who uses they pronouns most of the time, but sometimes she. You could accuse Grant of a showy display of inclusiveness, but I feel like she handles sexuality and gender presentation well. Race issues are less of a thing, but aren't ignored.

At one point Ash investigates a candidate's media tastes to assess her as a potential president.

You could tell a lot about a person by what they chose to entertain themselves. If Governor Kilburn was a secret Sailor Moon fan, we could be looking at a girl-power campaign of celestial proportions.

My final assessment is that Feedback is a gratifying read for Newsflesh and Mira Grant fans, but it's weird getting more after the story is over. I felt reading it like I was getting something I didn't deserve and maybe realized I didn't want that bad, like I should have been satisfied with the original. Maybe.