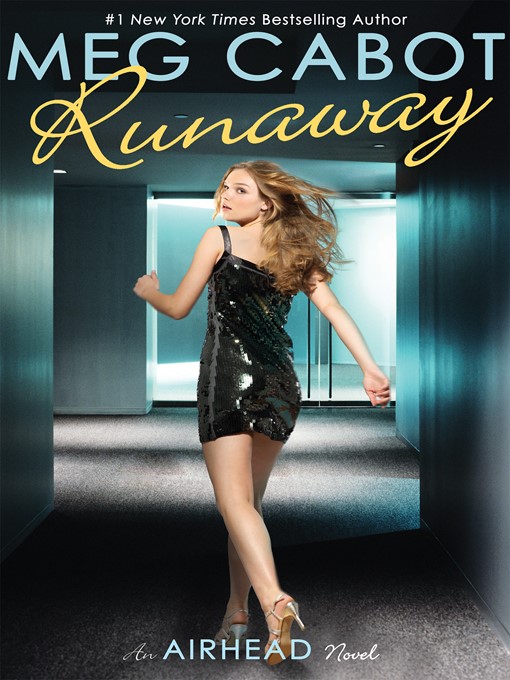 In the third Airhead novel, following Nikki Lives, Em and her friends are stiletto deep in a conspiracy theory, with Nikki forcibly on the run, having left her posse behind, ostensibly to protect them. Her posse includes her bestie/boyfriend Christoper, Christopher's teenage hacker cousin Felix, Em's sister Frida, Nikki's roommate Lulu, Nikki's brother Steven and mother I-forget-what-her-name is and her dogs, and Nikki herself. Well, Nikki isn't exactly on Team Em. She wants her body, and her boyfriend Brandon back. Brandon isn't on Team Em either; he's on Team Takedown Papa Stark, which could go either way, depending on whether the gang can harness Brandon's drunken greed for good instead of evil.

One night Em dreams Christopher has found and forgiven her and is making out with her. And it's true! Christopher has broken into her bedroom and is kissing her and getting her all hot and bothered. That's not at all creepy, right? So she bites him, not realizing it's him, but IMO, she was right to bite. Things don't go well from there, but not for the right reasons, and Christopher sneaks back out in a huff.

Lulu assures Em that Christoper does love her, and continuing a theme from Nikki Lives, counsels Em to show Christopher that she needs him.

"He's just upset," Lulu said, "that you lied to him. Not just once, but a bunch of times. It's wrong to lie to the person you love. Unless it's to gell him that his hair looks good, even when it looks awful."

"What if it's to protect his life?" I asked, rising up on my elbows to look at her.

"Especially then," Lulu said, shaking her head gravely. "Guys hate that. They're supersensitivt, especially now, with feminism and stuff. It's completely confused them. They don't know where they stand..."

At one point Em's parents try to get into the rescue business, too, saying they'll pay Em's medical expenses to get her out of Stark's clutches. "We don't have much in our savings..." Two college professors living in subsidized housing have no savings? Really? I don't buy it.

As critical as I am of the series, it went down easy, like good bad TV or a good bad heterosexual rom com.