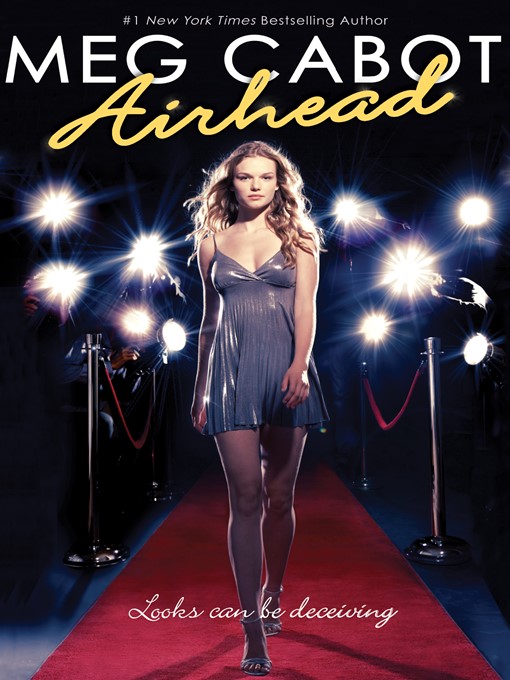 Nerdy teen Emerson Watts, who has only one friend, Christopher, has zero tolerance for girly girls. At the same time she's bummed out that Christopher doens't see her as a girl, just as a videogame partner. Em's younger sister Frida is everything Em despises, and is also the reason Em is at the Stark super mall at the same time as super model Nikki Howard.

Incidentally the mall replaces the fruit stand on Broadway and Houston, and Em and Frida, the daughters of an NYU women's studies professor (and a Yale prof of I forget what), live in NYU housing on Bleecker and West Third. It's always fun when an area you know well is the backdrop of a story, even (especially?) when some of the details aren't how you'd portray them.

From early on we see a binary of loving or hating models and fashion. Em's nemesis Whitney delivers a persuasive argument is speech class on the theme that, as Em interprets it, "normal-size women should stop blaming the media for hyping stick-thin models and actresses as the beauty ideal." Whitney is cartoonish, far less believable than the novel's main conceipt that brain transplants are possible and have been done many times (in secret).

As awful as Whitney is, I feel like Em is something of a misogynist, hating on Whitney and Frida for being mainstream femmes ("Why does my sister always have to act like such--I'm sorry to say it, but it's true--a girl?," and even knocking all of girl kind. "But the truth is, I haven't had a girl friend since fifth grade. The few occasions girls ever actually invited me over in middle school, it was always so...awkward. Because we ended up having nothing in common. Like, I always wanted to play video games, and they always wanted to play Truth or Dare (with an emphasis on the Truth part..." asking about crushes. Em was in New York City. I'm confident there was another 11-year-old girl somewhere in her orbit that liked video games, for dog's sake.

Em (and Christopher) Yoko Ono a filmmaker's daughter, blaming her for ruining the movie based on their favorite video game. I can't tell if Cabot is making fun of Em's anti-girl attitude and calling her a hypocrite, especially in passages like the one where Em wakes up in an unfamiliar space.

The walls were beige, not the Navajo White I'd painted my walls back home in a fit one day because I couldn't stand the bland eggshell the rest of the walls in our apartment were.

That has to be a joke, right? Beige, Navajo White, and eggshell are all off-white, right? I'm baffled by this. Meg Cabot, can you explain? I am critical of Em, but I don't see her as someone who would remotely care about shades of beige.

Another bone to pick (now who's being petty?), does anyone use Klieg lights anymore? They were  passe even in my 1990s lighting tech days. Say "stage lights;" don't try to sound fancy.

When Em does start to have some respect for people in the fashion industry, it's in a corporate feminist vein. "Like, even my mom would have gotten a kick out of the story of Miucccia Prada, a feminist mime who took over her grandfather's leather goods company in 1978, making 'Miu Miu' one of the thirty most powerful women in Europe (according to the Wall Street Journal), with an estimated fortune of 1.4 billion dollars."

Even so, even with all my judginess of judgy Em, I was upset when I couldn't immediately download the next book in the series, Being Nikki, which NYPL has informed me is now available, thank dog. I cannot wait to read it.