I didn't sleep for even a minute on my cross-country flight, which left JFK at 9pm and landed at SFO more than six hours later at midnight and change. Most of the time I was too busy reading Frost Burned, the latest entry in the Mercy Thompson series. (Note to Loud Melissa: you really need to get started on these, now that you've caught up with The Hollows!) 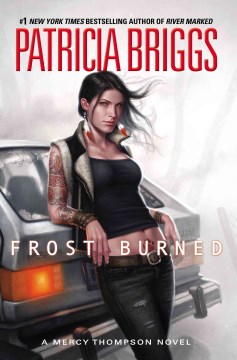 The pack Mercy's husband is alpha of gets kidnapped, and Mercy has to rescue everyone. She gets some help from fae, vampires and Coyote magic.

Why do I like the series and this entry so much? I guess it's Mercy as an outsider/insider hero being a shapeshifter in a werewolf pack having to come to terms with what it means to be that intensely connected to other people, some of whom she doesn't like/isn't liked by. I also appreciate the diverse cast of characters. Mercy herself is American Indian. There are a fair number of other POC and queer people.