The Upside of Unrequited 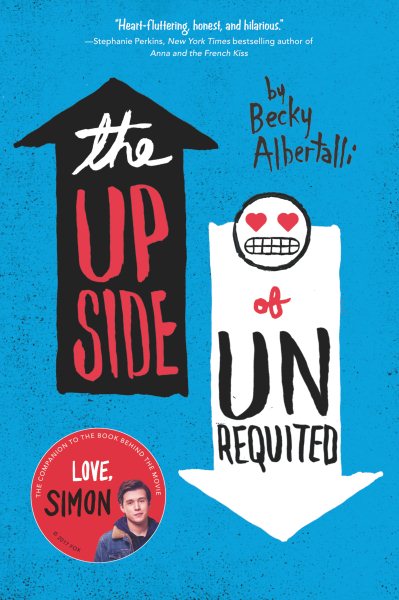 Molly's story is in the same universe as Simon's from the Homo Sapiens Agenda, and he appears in it briefly. Molly and her twin sister Cassie are cousins with Abby, who became one of Simon's besties after she moved to Atlanta from DC, which is where the twins live with the moms and baby brother. The twins are fraternal. They are close, but different. Cassie is a lesbian and a loudmouth and much more experienced than Molly, who has less confidence, maybe because she's...got such a pretty face. i.e., she's zaftig, as her grandmother unhelpfully calls her.

Molly is straight and crushes on lots of boys, but never lets herself become vulnerable, until she finds herself maybe in a bit of a love triangle situation. There's Cassie's girlfriend Mina's best friend Will and Molly's coworker Reid to contend with. I don't care for love triangle scenarios because the person at the apex usually behaves badly and regrets it. Molly's behavior isn't too terrible, so it's tolerable.