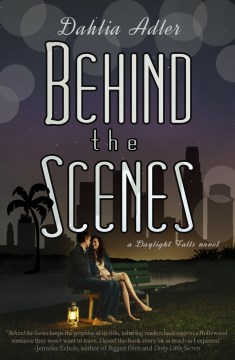 Ally's best friend Vanessa Park is a TV star (whose story follows in Under the Lights), but Ally has little respect for the entertainment industry. She's supportive of her bestie, who is also supportive of Ally. Vanessa, wanting to help Ally earn money when her college fund goes to paying for medical treatment for Ally's father, hires Ally as her assistant. Ally love-at-first-sights with Vanessa's co-star and fictional off-screen boyfriend. Feelings ensue.

If I'd read Behind first, I might not have bothered with Under because Ally is annoying and the boyfriend, Liam, is too perfect.