Highlights from the August 2013 SACO editorial meeting and new LCSH from August 2013.

Headings for individual deities and mythological figures (e.g., Thor, Hercules) should now be established in the name authority file using RDA instructions. The RDA heading will be valid for use as a subject heading.

I love deities and mythological figures grouped together, and God (Christian) not being the default! 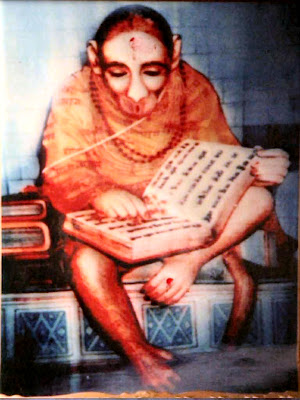 This is Hanuman reading a book, from High quality Hanuman Wallpapers and Pictures

To date, only headings in the form Racially mixed [gender group] and Racially mixed [age group] have been included in LCSH. The meeting does not wish to expand the practice into educational levels. The work being cataloged has been assigned the heading Racially mixed youth—Education (Higher)—New Hampshire—Hanover and a heading for the name of the university, which is sufficient. The proposal was not approved.

I would totally use this heading all the time, and I can imagine researchers benefiting from it.

Cover from The Adventures of Loneberry: The Projects of Jackie Wang

New Coke—a joke that never gets old. Image from Retronaut

150 Racially mixed youth [May Subd Geog] [sp2013001689](A) (C)
550 BT Youth
I'm sure it's in the rules or warrant or scope somewhere, but how do you know when to use youth vs. children vs. teenagers? And how is that more helpful than adding college students?