In the Age of Love and Chocolate 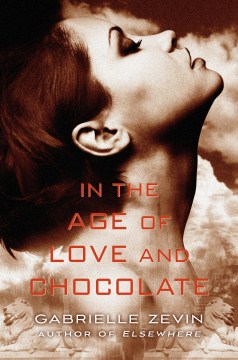 When you love the first book of a trilogy, but by the last you're meh.

Anya's voice is still solid, with observations like this one, "We had been raised like wolves, Yuji and I. He thought it was perfectly fine to ask me to kill for him, but too much of an imposition to ask for help into the bath." But by now I'm a little tired of the push pull and inevitable rekindled romance with the star-crossed love from book one.

In Zevin's acknowledgments she writes "Aside from a noun or two, Anya's world is pretty much like our own..." So is the primary noun she's thinking of marijuana (vs. chocolate being illegal, but cacao acceptable if prescribed)? Is Zevin a pothead?

Also, how is it not a dystopia if the New York Public Library's flagship location is abandoned enough to be turned into a nightclub?

(Aside: How much of this book--nay, my life--have I spent "trying not to cry"? When I think of the wasted effort!)