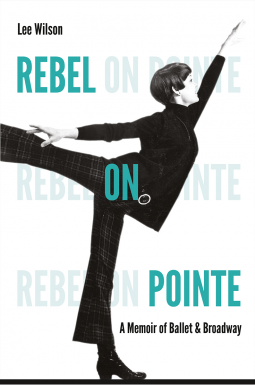 Lee Wilson is a dancer/singer/feminist. Early in her memoir she observes that the GI Bill "guaranteed the dominance of men for at least a generation after the war" since it disproportionately provided scholarships and loans to men. Later on she brings ngrams into the discussion as she recounts a study that "the status of women is reflected in the ratio of male to female pronouns in written language." The ratio of male to female pronouns went from 3.5:1 to 4.5:1, the year she was born/the year after the war ended, 1946.

The world of dance appealed to her because women were just as prominent as men, or more so, with women getting top billing and final curtain calls. "...the women didn't disguise themselves as men, like writers George Sand and George Eliot and the Brontë sisters." Women dancers are allowed to succeed because they are not competition to their male counterparts.

"Sleeping Beauty is always danced by a woman, and the Prince by a man, so women represent no threat to men's jobs and no man risks the indignity of seeing a woman perform his job better than he."