The Witches Are Coming 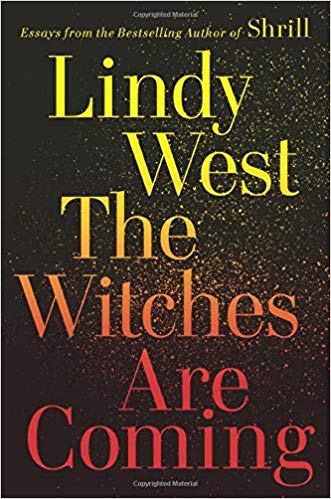 Whew! I described this book of essays as "viciously feminist," which I mean in a good way. I bookmarked or highlighted 30 passages of observations I thought were brilliant, trenchant, sad, or angering. I started with her explanation of the title and how Trump and others targeted by people calling out rapists refer to the #MeToo movement as a "witch hunt."

This is a relatively new usage of the term. Traditionally, "witch hunt" has been used in reference to the witch trials of early modern Europe and colonial America, during which an estimated 40,000 to 60,000 people were brutally tortured by being briefly ostracized at work and having a lot of people yell at them.

Wait. that's wrong. They were actually hanged, beheaded, or burned at the stake. Still, though. Very, very similar to the modern-day witch hunts against rapists!

She provides this handy guide for colonial vs. modern witch huntery: 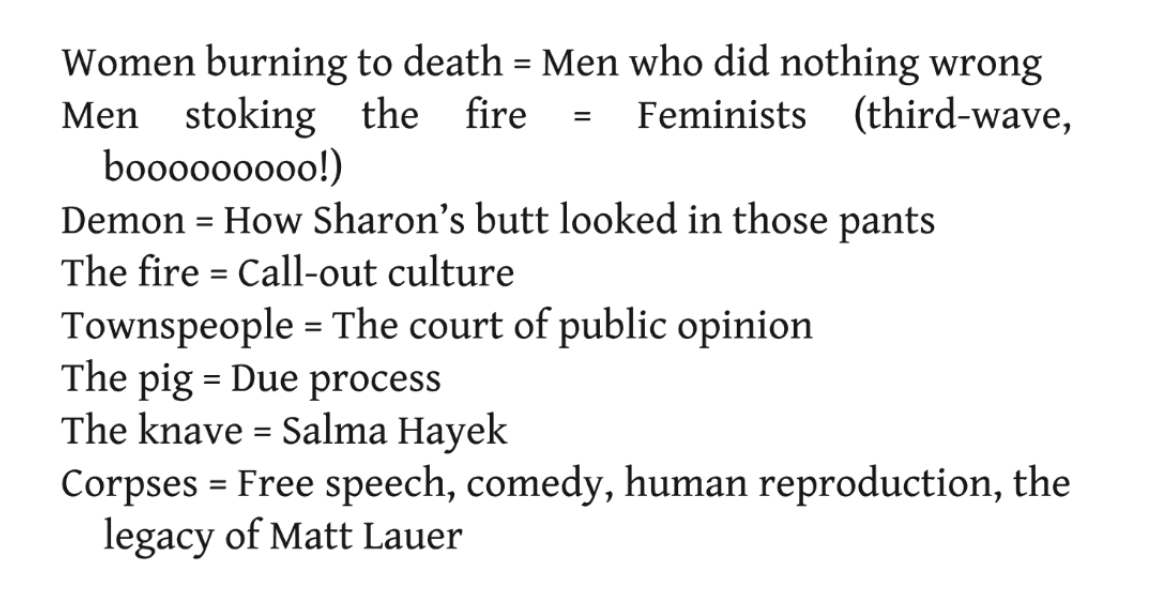 West credits the women who stepped forward to accuse Harvey Weinstein, "Through some combination of time, rage, incremental political victories, and feminist sweat, we did not let him do it anymore."

She acknowledges what I sometimes refer to as a pendulum swing, that while this movement is new, we're "tearing down old systems, but we haven't built new systems yet," and asks, "Feeling uncomfortable at work? What's that like?" LOL. I appreciate that she extends that not knowing to herself, referring to "a vegan lady who comes on my Instagram and calls me a rapist for drinking milk, and I hate that lady! But maybe she's right!" I love a caller-out who recognizes her own fallibility.

She ends her first chapter,

This is a witch hunt. We're witches, and we're hunting you.

Then there's a whole chapter on what a douche Adam Sandler is, where she breaks down his movie character commonalities: 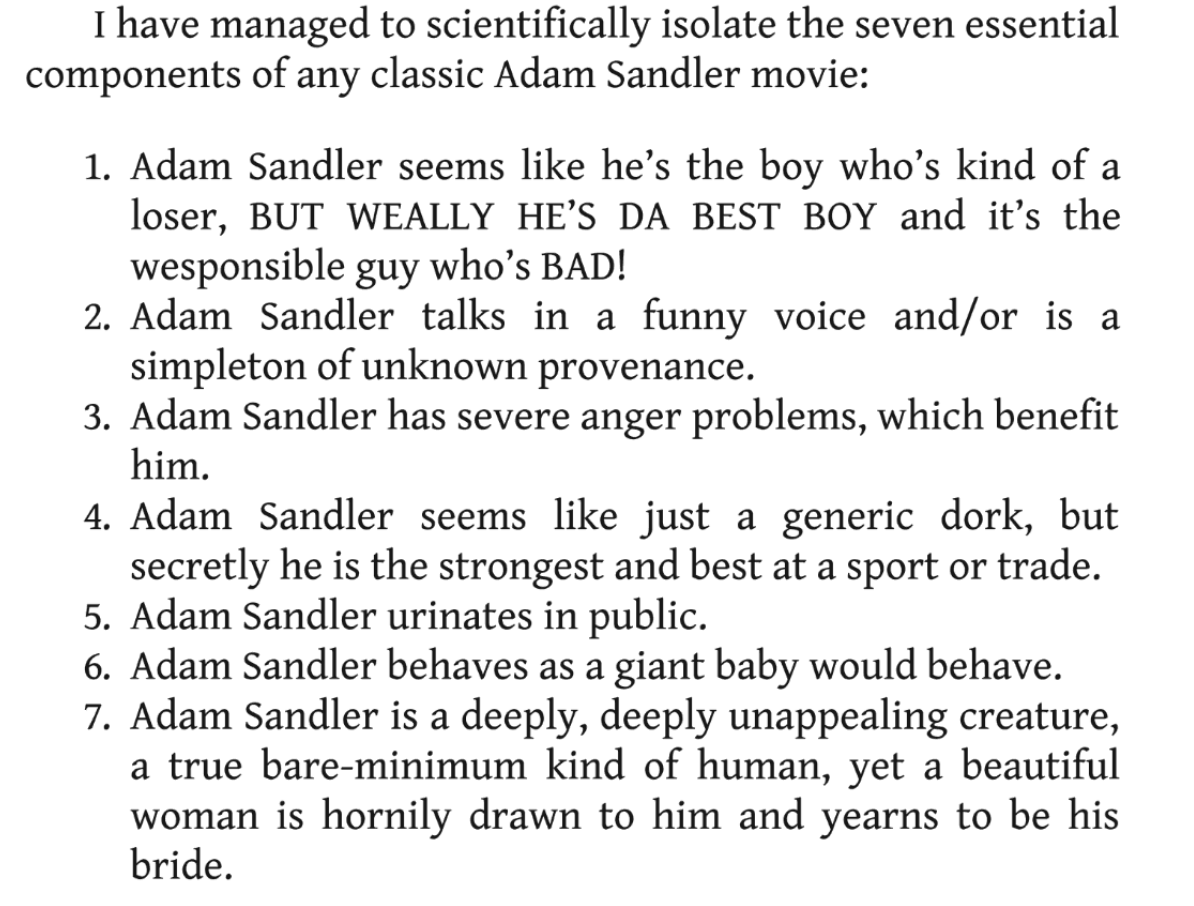 This is the essence of the high school male gaze, isn't it? Speaking of comedy stars, West references Janeane Garofalo at one point, which got me to thinking how I've read that both she and Tina Fey had to become thin to achieve true stardom. Ugh. The male gaze and the male default lead to children's programming that self-replicate systems of inquity.

From The Smurfs I learned that boys can have seventy-eight possible personalities and girls can have one, which is "high heels."

West calls for not just calling out bad behavior, but changing the systems that allow and encourage it. West is white and a feminist, but calls out white feminism. She's a radical feminist like that. Her advice:

Word. The way she's doing it is putting a no-guilt, feel-good abortion in the first episode of a TV show starring a fat woman. That show is based on West's previous book, Shrill, which I also loved.

Please read Witches for sections on Joan Rivers, Twitter trolls ("If seeding nuclear war wasn't a violation of Twitter's terms of service, Twitter wasn't a service I wanted to endorse."), anger and hatred, and the "gamification of harm."