Blue, a poor girl from a family of psychics meets up with a bunch of boys from a fancy private school that are trying to use ley lines to find a dead Welsh king. There's a lot going on in this story--a murder mystery, doomed romance, the hunt for the king, family drama, class issues, child abuse, and a bunch of magic. It's actually a bit too much, at least for my little brain. 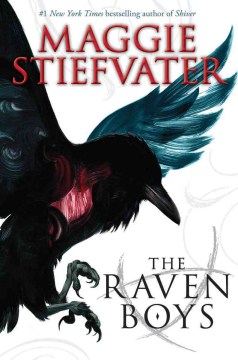 It's a semi-compelling read anyway, and I may or may not worry about the second installment in the series when it comes out. The ending of The Raven Boys is designed to make you interested, though.

What I did find worth thinking about is Stiefvater's nuanced portrayal of the rich boy, Gansey, dubbed "President Cell Phone" by Blue. Gansey is a blunderer, because of his privilege. He's baffled when his generosity offends or is rejected by Blue and his buddy Adam. He's set up to be something of an ass because of his wealth, but he is also a leader who cares more about his friend/followers than they do about him.