In an alternate history clairvoyance is unnatural and a crime. Clairvoyants have to hide their power or risk being consigned to The Tower. It turns out there's something even worse than The Tower, an alternate government in Oxford, run by Rephaim, which Wikipedia and other sources define as giant spirits from the netherworld. 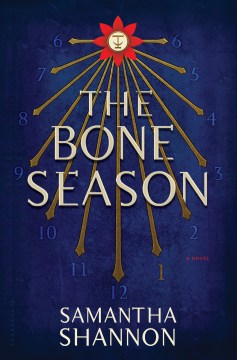 The author is currently an undergrad at Oxford, and not a non-traditional aged one either. The novel itself doesn't flag the author's youth, but the acknowledgments do, and the glossary is a little too cute.

Our hero is a 19 year old with a rare and powerful psychic gift and no patience for being enslaved. There's a little bit of romance, but not too much, though that's probably coming in the rest of the series (projected to be seven books).

I recommend it to YA and paranormal fans, even if you find wünderkinder annoying.