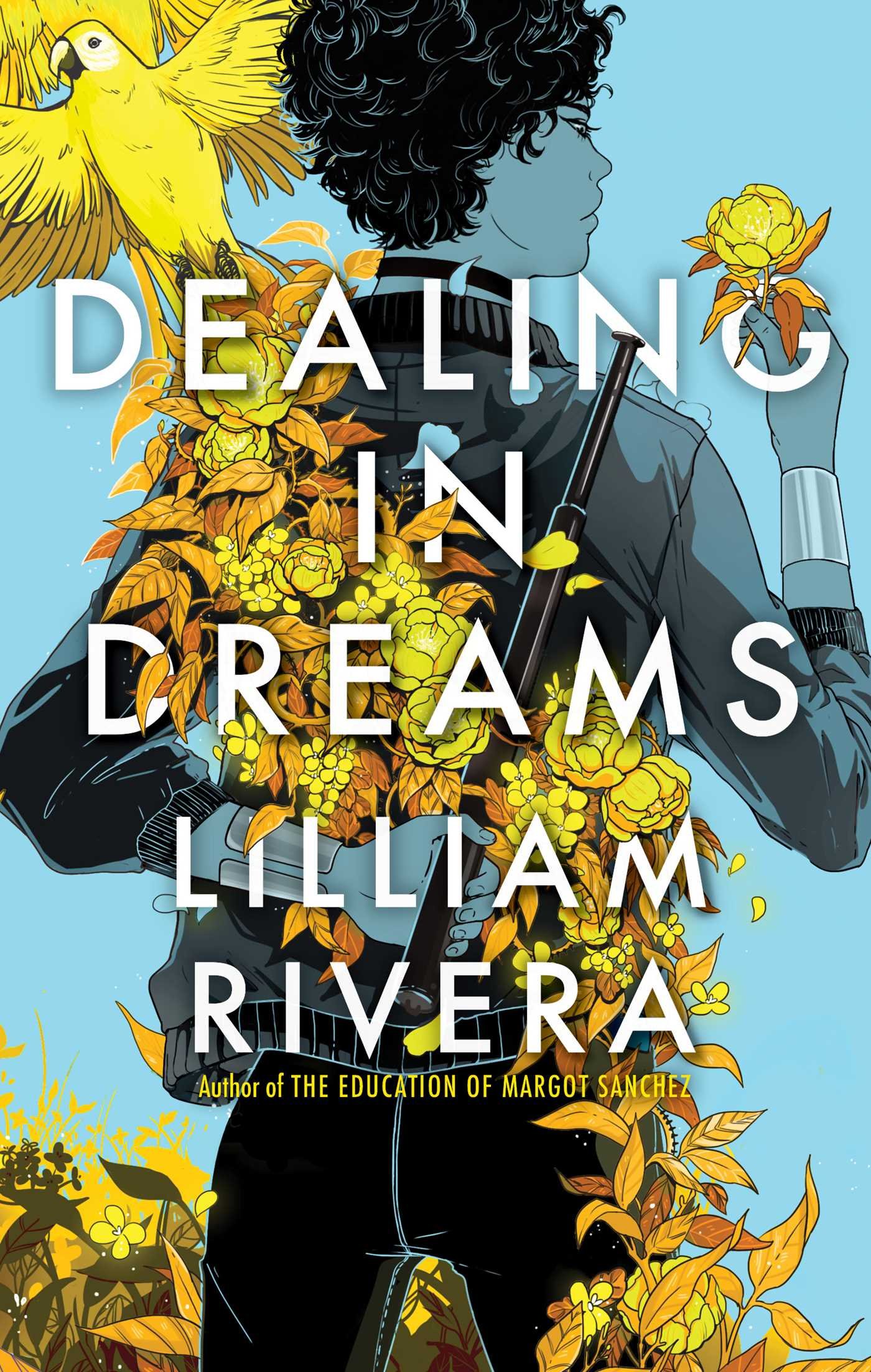 In Rivera's future dystopia girls are soldiers and boys and men stfu. The papis take care of soldiers in boydegas, running baths for them and stuff. The titular dreams are the sueño pills Mega City leader Déese has manufactured to control the non-soldier/papi population, the toilers. Protagonist, Chief Rocka, head of Las Mal Criadas wants to get into Déese's good graces--and her good living in The Towers, and it turns out that way in leads her outside of Mega City and exposes her to repellent ideas.

Dealing in Dreams is a story about family, loyalty, and freedom.