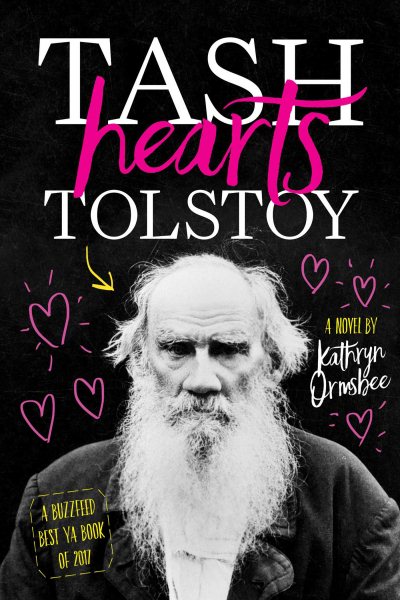 I probably put this on my to-read list because of the asexual protagonist, but I feel like the romantic content got in the way of the story about friendship and filmmaking. The protagonist, Tash, and her best friend Jack gain sudden internet fame for their web series adaptation of Anna Karenina. Jack's brother Paul is Tash's other best friend, and I think the boom operator for the show.

I don't want to represent like I'm not interested in the asexual story line, because that's what drew me. It just felt...extra, compared to Tash and her parents and sibs, Jack and Paul and their dad's illness, and the fascinating behind-the-scenes scenes of internet film making and web culture.

On the other hand, Tash's experience of ace culture did feel authentic and compelling: the research, the coming out to her closest friends but no one else, the flirting and fear of disclosing (Tash is romantic asexual), wanting to be seen on the LGBTQIA spectrum, etc. I also really liked Tash's relationship with her long-dead boyfriend Tolstoy.