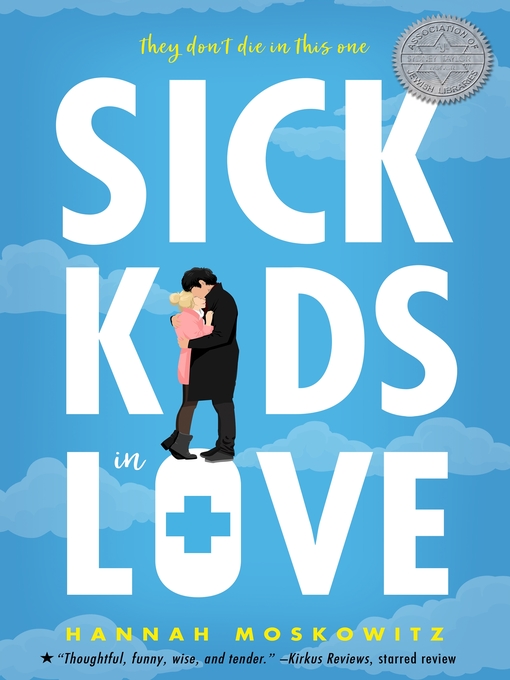 Best place to meet a bae: in a hospital drip room, obviously. Isabel has rheumatoid arthritis, and she's getting an infusion when she meets Sasha, who has Gaucher disease. They hit it off right away, but Ibby doesn't want to risk dating. Her mom left her dad recently, and there are other reasons that she thinks she's not built for love.

"Accessibility is good for everyone," the saying goes, and it relates to this book, as well. I appreciate the story for its insights into sick life, but I love it for how much Ibby's fears resonated with mine when I was closer to her age.

I do not want to publicly admit how relatable this sentiment is.

Although Ibby, with her dad being a doctor-in-chief, is super comfortable in hospitals, she's unaccustomed to talking openly about being sick. Sasha provides her first opportunity for such conversations, and it's a revelation for her.

"My dad's always been horrified by [my pen name, Sick Girl]," I say. "He doesn't want me to define myself by my illness or whatever."

Sasha widens his eyes. "Healthy people are so weird about that."

The two of them notice each other's needs in a way that Ibby's friends can't reckon with. Like Ibby's father, they don't want her to feel lesser or different, but sometimes what a sick person needs is for her friends to offer to carry her books when they see she's struggling. That's more helpful for participating fully in everyday life than pretending her experience of life is the same as her friends'.  Sasha doesn't have that problem though.

"Do you ever just. . ." I pick up my hands and then drop them. "I don't know. Do you ever just get really fucking mad at healthy people for doing nothing but. . .living their lives, and it's not their fault, and you love them, but you just fucking hate them?"

"I don't really hang out much with healthy people," he says.

I love contradictions like that, where opposing things can be true. Sasha doesn't have healthy friends, but his family members are healthy. They're better-trained than Ibby's friends and her doctor-dad, though.

Sasha's illness causes him anemia, and the effort Isabel puts in just to get around, leaves her exhausted. One of my favorite things in their relationship is that they take naps together. Dream date!

It's a winning story that's more about a girl figuring out how to be all-in her relationship than it is about her disability or Jewish identity, but those are both important elements, too. One of my favorite reads of the year!