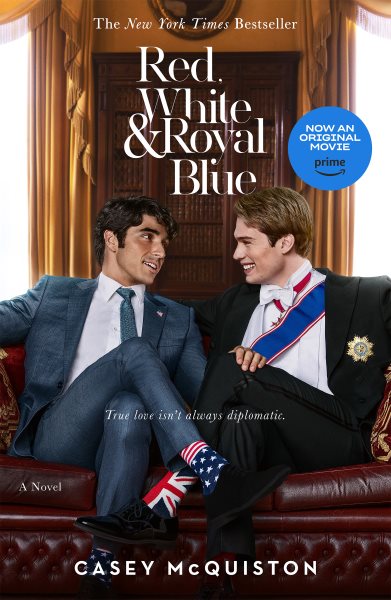 FSOTPOTUS Alex meets the Henry the Prince of Wales, gets in Henry's pants, gets ghosted by Henry, gets Henry back. That's not even a spoiler in this ridiculous/adorable/sexy romance. You know what's going to happen and how doesn't really matter, as long as the two boys are together!

Why did I love this book so much, still miss it, and long for the author's next publication? I don't know. I never got the whole women-writing (and reading)-male-slash thing, but I guess now I do. The young male desire is just hot. Alex, the Mexican-American son of the divorced and remarried white president is a clueless asshole, and yet, I rooted for him. Henry is a brooder, downright Hamletian. I have a crush on him, too, even if he is very very gay and decades too young for me.

Henry bears the weight of the monarchy, though he's currently got a grandmother on the throne and a mother, brother (and sister? Beatrice didn't seem to count?) in front of him. Henry's family doesn't have all that much trouble with his sexuality, just with his being open about it.

Alex is a brown, booksmart, bisexual Tim Riggins, which of course isn't possible, but Alex does love Texas.