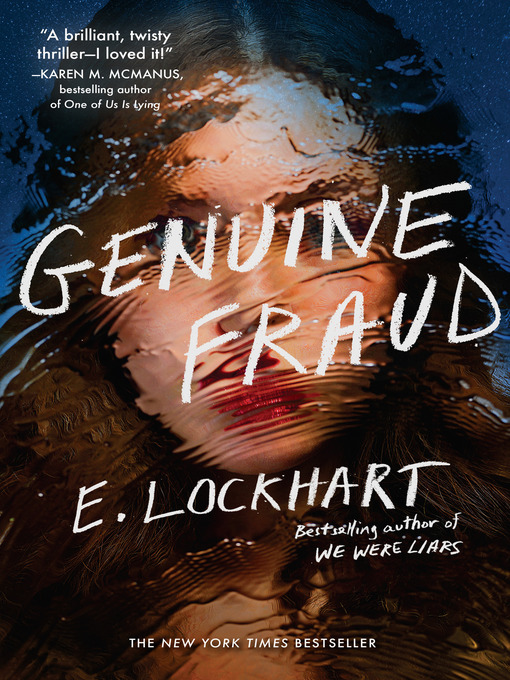 I've read a few other books by E. Lockhart and think she's a strong writer. Her books explore similar themes of privilege, power, and how they can be vulnerable. The titular genuine fraud, Jule (is it pronounced jewel or julie?), is powerful and vulnerable, as you find out bit by bit in the reverse chronology. That's not a technique I'm super familiar with, so it took me a few chapters to figure out what was going on, despite the chapter numbers going down instead of up.

Genuine Fraud is described as a thriller. I'm not an expert on the genre and don't typically care for it. I think GF is skillfully written. I wanted to know what would happen, but not in a page-turning way. Which is possibly a good thing.

The casino was lit up with neon, chandeliers, and the sparkle of the slot machines. Jule walked past men in sports jerseys, pensioners, party girls, and a large group of librarians wearing conference badges.