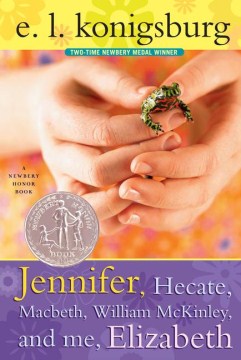 Don't you hate when publishers update covers and make them inferior to the original? Previous covers: 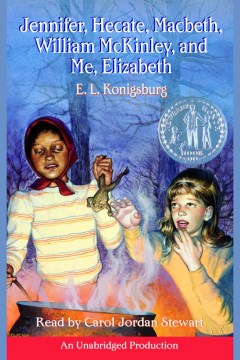 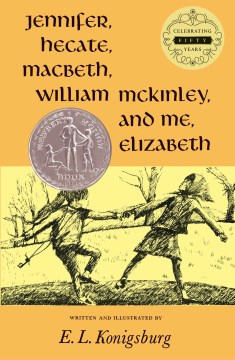 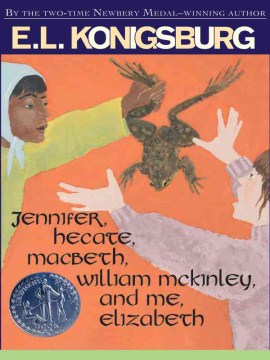 White hands holding the frog! The first titular character is Black. Jennifer is the one who holds the frog, not Elizabeth. SIGH. Presumably the center image above is the 1967 original, drawn by the author.

Jennifer and Elizabeth are witch and witch's apprentice. I was a little nervous that this would be a "magical negro" story, though I shouldn't have been since the person who told me to read it would never. Also, Jennifer is not there to save or prop up Elizabeth. Elizabeth is the narrator, but Jennifer is the far more compelling character, despite that fact that we don't know much about her. Jennifer's race is more of a happens-to-be than a central quality. It could be a story about difference to some extent, but I think it's more about talent, discipline, and outsiders connecting. It's also about power, as you can see from Konigsburg's drawing and to a lesser extent all of the other covers except the one for the edition I read. btw the left cover is for the audiobook and the right large print.

Sadly, I can't get a lot more out of it than that. I can't get into a tween mindset as easily as I can a teen one.