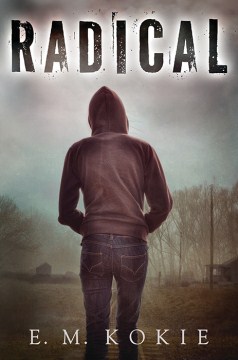 Narrator Bex is a prepper, a gun-loving survivalist. So are her brother and dad, but her mom, not so much. Bex is also a lesbian, something she doesn't advertise until she gives herself a sloppy asymetrical haircut. Her mother hates it, but her mother seems to hate pretty much everything Bex does. Bex's selfish and slackerly older Mark, though, he can do no wrong.

I hated Mark. Bex's parent, too.

It's unusual for me to read something on this side of radical. Bex herself isn't alt-right, and there's a Black family in her community of preppers, but the group isn't universally accepting of Blacks or queers.

The main thing about this novel is that Bex is prepared for one disaster, but finds herself ill-equipped with the one that comes.

I used to think that if I prepared enough, I could keep bad things from happening. That maybe the preparation itself would be a barrier, keeping the bad stuff out.

This is a book I read with great engagement, wanting to read it all the time but dreading finishing it.