A Toronto ex-cop with night blindness and decreasing peripheral vision, turned private investigator, finds herself hunting a demon. It's a compellingy told first entry in a vampire series. My only complaint is that there were some weird typos and spelling mistakes, e.g., MacDonald's for McDonald's and I Dream of Genie instead of Jeannie. I'm pissy like that, though. 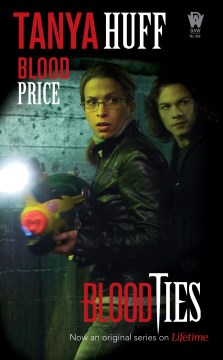 The characters, even the villains, are wonderfully nuanced, including the nerd who you might want to pity, but who is really just an asshole and the immature rich girl who contracts the PI, who, though selfish, is a badass.

I'm also a fan of quotes like, "...we're talking about a culture where more people know their astrological sign than their blood type."