We Love You, Charlie Freeman 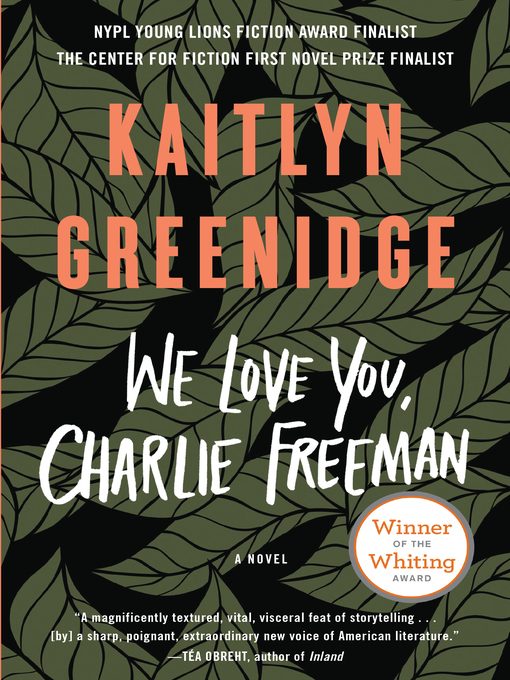 The titular Charlie Freeman is a chimpanzee, who is meant to be part of a family, to see if they can teach him to sign. From the title and the presence of chimp, I was expecting a heartwarming story of monkey love. It turns out, the title is possibly a lie, depending on which narrator you ask.

It's really a tale of historical and modern racism. It's believable, complex, and well-told, even if there are a few people you might want to slap.

In addition to Charlie the chimp, the Freeman family is composed of a mom (Laurel), a dad (Charles), and sisters Charlotte and Callie. We meet them as they're traveling to the Toneybee Institute to move in with Charlie. I love the way Greenidge anthropomorphizes the car Toneybee bought them.

[The 1991 silver Volvo station wagon] had a curt, upturned nose that looked smug and out of place beside the lazing sedans and subservient hatchbacks parked on our block. None of us could bring ourselves to speak. We were all too humbled by the leather interiors.

I might have known from that description that monkey love was not forthcoming, that the novel was going to be about class, belonging, and a family that didn't know what it was in for. The Freemans get the gig because they know sign language. As we learn, the kids, who had been sent to a camp for Black Deaf kids (despite their not being deaf), learned the Black dialect of sign language, as Laurel had before them.

She fell in love with the black dialect's beauty: she loved the theatricality, the delicacy, the force of it. When she left school, she made a pact with herself to always sign black.

In addition to Freeman family members serving as narrators, there is "Nymphadora," a Black teacher, who met an early 20th century Toneybee Institute director, Dr. Gardner, who doesn't get what she expects from the place either. Dr. Gardner loves Black people, so. But the one thing I liked about Dr. G is is critique of classification.

"I know what it means to be misclassified. For the very system of classification to be so utterly wrong and backward and unfair.

"Nymphadora" is a secret society name, which is why I put it in quotation marks. She picked it out of the bible by running her finger down a page with her eyes closed. Her mumma know that name didn't bode well for her daughter's future. Mumma was a clever one, once saying "Don't mind Nymphadora being nasty to you. She's just smelling herself." That's such a great way of saying that when people are jerks it's because they're projecting their own bullshit on others. Note To Self.

Except maybe when they're rich white ladies who fall in love with the Congo and monkeys and write an "Apology to the African American People" that basically says "It's not my fault." I mean, yeah, that may be one's own BS, but it's hard to forgive.