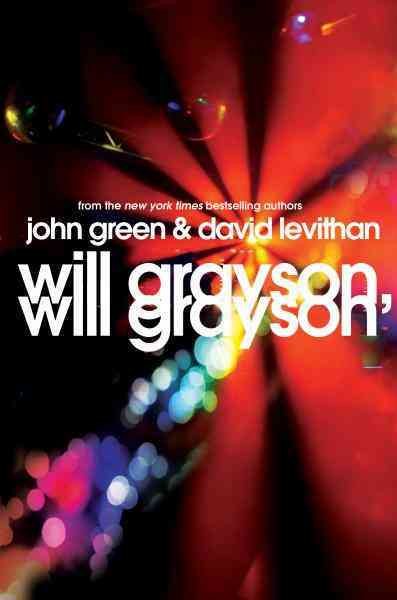 I don't usually read books by cis white men about cis white men (or boys), so at times I was jarred just to be in boy heads. The boys are both named Will Grayson, hence the title, and they connect on a fluke, about a third of the way into the story. One of the Wills is gay and depressed. The other is insecure and self-centered. I mean, they both are, because they're teenagers, but heterosexual Will is especially so.

Most of gay, depressed Will's real socializing takes place online, an environment about which he has some opinions.

or <3, you think that looks like a heart? if you do, that's only because you've never seen scrotum.

He has equally strong opinions about "buddy" lists (the book was published in 2010), "ttyl," "rofl," and other  internet protocols. You might not like him much for a while. He lives alone with him mom, whom he feels sorry for. A "world's greatest mom of a depressive fuckup" sweatshirt is in consideration for a mother's day gift.

The word "leviathan" appears in the text, which makes me wonder if Levithan likes to sneak the word into all of his novels.

I did feel like the emotions gay, depressed Will expresses about his love interest--guilt and desperation rings true for how I was in just about all of my relationships until I was in my late 30s and met my spouse.