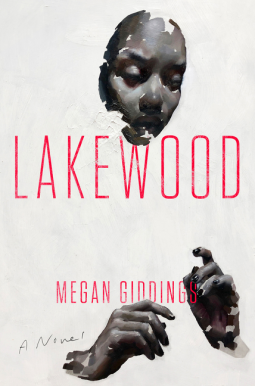 Gorgeous cover, right? Lakewood is a town, a sham company, and a nefarious experiment. It's probably also a metaphor I'm too dumb or ignorant to get. Giddings's imagery is strong sentences like, "They sowed coins into Cleopatra's slot machines" and "a mint that looked as if it had already been sucked on and then put back in the cellophane wrap."

An impaired mother, Deziree, and her college student daughter, Lena, are the sowers, gambling as instructed by the recently deceased Ms. Toni their mother and grandmother, respectively. Ms. Toni raised Lena along with Deziree, whose seizures and other issues made taking care of a child alone impossible. Now that Toni is gone and Lena is more-or-less raised, what remains is a ton of debt. Lena gets an offer that she can't refuse, to serve in an extended medical trial, supposedly run by the government.

Most of the experiment subjects are Black, Indian, or Latinx, and the staff are white and Asian. Overheard remarks are wonderment at what people will do for money, as if the subject selection itself isn't predatory. To the medical staff, Lena and the other subjects are data, with their emotions and responses as data points to be documented. There are observers, as well, trained not to engage the test subjects, referred to in notes by their initials.

As the novel progresses, the narration becomes less reliable, as Lena responds to the various therapies they try on her, as well as the circumstances of the experiment itself--living remotely, living a lie, not knowing what is real and what is test. Lakewood is scary in that it's like a dystopia that could be happening now and in the recent past and explains a lot about systemic racism and generational violence against Black people. It's metaphoric--and real.