Girls’ Guide to Guys’ Stuff: an Anthology of Comics by Women, the

Alisa Harris was kind enough to donate an extra copy of this book to Barnard. I couldn’t keep my mitts off of the delectable book long enough for it to get cataloged, so I read through it before turning it over to technical services. It’s a juicy compendium of comics by women, many of whom will look familiar to zine and minicomics fans: Liz Baillie, Alisa, Missy Kulik, Cathy Leamy, Danica Novgorodoff, and MK Reed. 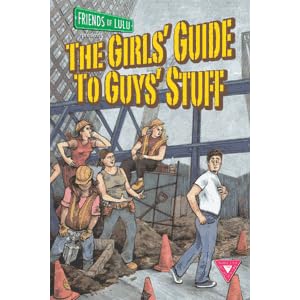 Favorite comics include (some SPOILERS)