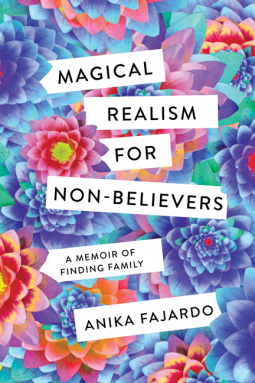 Anika Fajardo re-meets her father at the age of 21, older than she was when her parents themselves met. Fajardo was born in Colombia and hadn't been back since her parents' divorce. She grew up in Minnesota without contact with her father until she began exchanging letters with him in her Minnesota-nice rebellious teens. It wasn't that her mother Nancy hated Anika's father Renzo, exactly. She just didn't seem to want him in their lives.

The magical realism part is Fajardo imagining the alternate reality of herself growing up in Colombia--or maybe not growing up, since she required surgery as a toddler for a problem that might have been less likely to be detected or treated. A while after her visit to Colombia, Fajardo finds out a secret her father has kept from her that births another wave of imaginings.

I followed the story with interest and found Fajardo's observations and images compelling.