I put this book on hold at NYPL after watching the first episode of the TV series. I only made it through one and a half more installments of the show, but when my copy of the book became available, I figured I'd see how it compared. It's better, but not great. Some major plot points are surprisingly different. 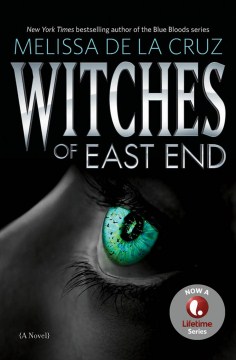 But most of what I want to talk about is the fucked up ways in which de la Cruz refers to librarians, archivists and librarianship.

"[Hudson, referred to in the previous paragraph as 'the junior librarian'] was in his seventh year of getting his doctorate in Romance languages at Harvard. Hudson's family practically owned the eastern shore, and truly he did not need a summer internship shelving books."

I was at physical therapy, and when I told the therapist what I do, she assumed, as I suppose many people do, that I spend my days getting books off shelves. While it's true that many public librarians check books out and reshelve them, I almost never touch a book in the course of my work. That's just a side note because Ingrid is a public librarian (or clerk).

Nothing particularly valuable in the library?!? Even if you don't deem books "valuable" because they're not expensive, what about all the computer equipment? No matter how "humble" a public library on Long Island is, it's surely got a bunch of desktop and even laptop computers for public use, on top of the staff machines.

"She knew that her mother believed she was wasting her time, her skills, her intellect, her everything, working in some pokey small town library…but to Ingrid, her library was her home;"

Nothing about how one's skills and intellect are put to use working in a library; it's just homey.

"So did she say anything when Ingrid moved back home and, instead of taking that position at the university, chose to work as a clerk at the local library? No! Did she ever mention her disappointment that her brilliant daughter with the doctorate had steamed paper for the last several years?"

Back to the library clerk thing--and this humble library is all about architectural plans, which are preserved via steam tent.

Ingrid is sometimes referred to as a "humble library clerk," other times as a librarian or archivist or even as the head librarian. There is no reference to her or anyone at the library having gone to library school, though Ingrid does have a Ph.D. De la cruz does get the library funding being threatened right, though, so at least there's that.

Upon going to save this post, I saw that I'd already read and reviewed the book two years ago. I didn't remember it at all. I'm not sure if that's about the book or my memory. Egad!