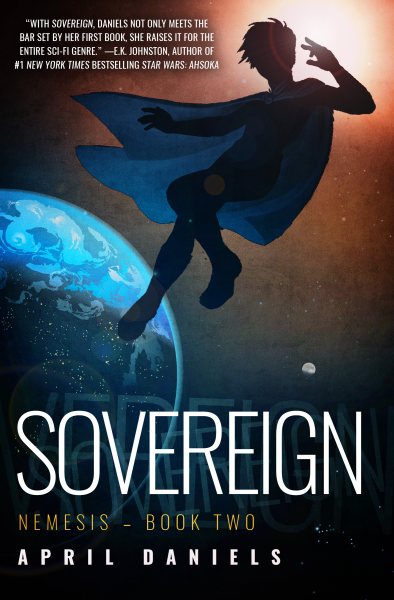 Much as I loved Dreadnought, the first installment of the Nemesis series, I felt meh about Sovereign. It's mostly fun for the radical queer universe content, like Dreadnought attending a superhero con:

The panels here have titles like Whitecapes Who Aren't White: Modern Challenges for Superheroes of Color and Passing the Torch: When Capes Get Old.

Being genderqueer is hard. Being Iranian-American is hard. Being a superhero without a steady paying gig is also hard. Kinetiq has been swimming upstream for years to be all of those at the same time, and the credit for what should have been their big breakthrough, their first headlining victory, ended up getting handed to me by default. Why? Because I'm a pretty white girl with an easy-to-understand narrative.

And yet, fails to right the situation right away because pretty white girl. More on feminism and feminists:

I'll read the next one, I think, but if it doesn't get a little deeper, I'll probably give up on the series.