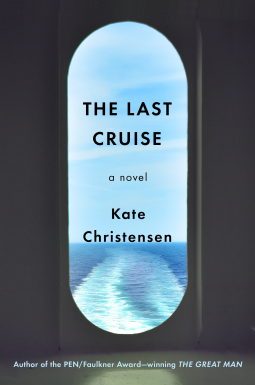 I don't read that much literary fiction by white ladies, but I saw this on NetGalley's offerings and remembered getting a lot out of Christensen's The Great Man, which I read in 2008, so I thought I'd give it a whirl. Whew! I'm glad I did, but let me just say I was rocked by it. There are three narrators: a 36-year-old farmer from Maine joining her journalist bestie, a 34-year-old executive chef from Hungary, and an elderly (can't remember if her age is specified) violinist who has been living in Israel since her Zionist youth. Naomi served in the IDF in the six-day war. Now she and her string quarter are on their last cruise.

The "last cruise" presumably refers to what is meant to be the also-elderly cruise ship's final voyage, from Long Beach to Hawaii, but there are other finals in addition to Naomi and the Sabra Quartet's last performances before retirement. The crew's contracts are all being terminated after this trip. Farmer Christine's journalist pal Valerie is writing about staff conditions on cruise ships, so she's unlikely to be invited back. Chef (actually sous chef) Mick seems at sea (honk) about what to do next. He's got a girlfriend in France, who is in an open relationship, and he wouldn't mind getting a job on land somewhere in Europe.

There is So Much going on in this novel that I don't even know what to say. I'll just note a few things for you to consider:

Someone please read The Last Cruise stat so we can talk about it!