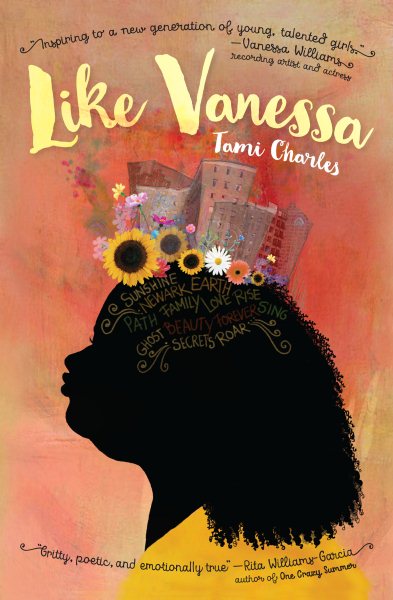 The titular Vanessa is Miss America Vanessa Williams, crowned (and resigned) in 1983. Vanessa (Nessa) Martin is a tween who also dreams of competing in pageants, but she's a thick Black girl from Newark, so it seems unlikely she'll ever wear a sash or a tiara. Until her middle school launches a pageant of its own, and Nessa is convinced to compete.

There's a lot goofy, unlikely, and predictable in this story, but it's also hella sweet and has some overt race politics.

Two white senators from North Carolina say that Dr. King isn't important enough to have a day honoring him. They're on that television criticizing the greatest civil-rights leader known to man, and all he ever wanted was to bring peace to this country. I can't help but think that the United States of America isn't so united after all.

lol. And the uterus-haver's life cycle gets a rundown.

one day you will grow boobs, pimples, and pubic hair, then bleed every month for the ext forty years of your life, and somewhere in between you'll squeeze a couple of kids out of your lady business, your period will stop, your hair will turn gray, and then you'll die. The end.