Davidia, who doesn't speak for most of her Mississippi childhood after being beaten by her drunk of a mom, develops an insane crush on the BMOC at her school about ten years into her silence. Being a psychologically mute school weirdo without a single friend, that doesn't go particularly well for her. 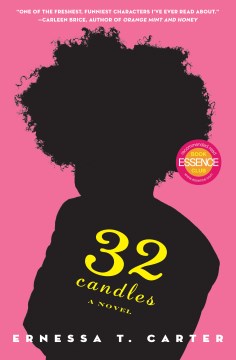 I don't want to spoiler it for anyone so I won't reveal where she ends up or how she gets there. Just take it from me that Davie is a smart, likable character who goes through some shit even within the confines of a not unpredictable girl meets boy narrative. I'm personally crushed that Carter, a retired Derby Doll(!), doesn't have another novel out yet. Yeah, it's chick-lit, but I loved Davie and related to her wish for a Molly Ringwald ending. Plus she says funny/insightful things like "...the male concept of 'PMSing'--which I personally thought could be better identified as 'the one time of the month when women saw shit clearly.'"