Amish teen Katie is looking forward to going on Rumspringa with her boyfriend Elijah. Instead she finds herself fighting evil, as well Elijah and the community elders. If the premise sounds ridiculous, unfortunately its execution kind of is. Unless it's meant to be silly, like Pride and Prejudice and Zombies and books of that ilk? 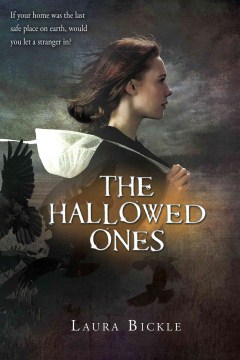 The author is a library worker, btw, and the daughter of a librarian. The Amish heroine was educated only through 8th grade, but continued to learn by sneaking into the library.

Another review I found said that Katie's voice is off, which is a criticism I agree with, like when the Plain teen uses the phrase passive-aggressive or jarringly considers that Elijah might be masturbating for the last time before he gets baptised. There are some usage errors, too, which makes me wonder what was up with the editing. A big publisher, Houghton Mifflin, is responsible for the book. Don't they care? (n.b. I'm credited for copyediting a friend's self-published book, and when I reread it, I realized I missed a lot, so I know it's not an easy job. But my quasi-editing was for an author using Lulu, not a giant publishing house that, granted, cares more about its textbooks than its novels and is in financial trouble.)