The Weight of Our Sky 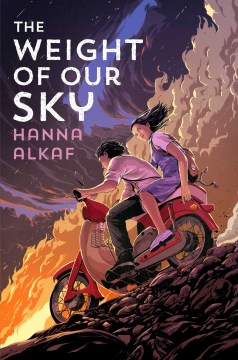 Did you know there was an election riot in Kuala Lumpur in 1969? I didn't. Ethnic Malays and Chinese spent about a week killing each other, though the number of dead and wounded were likely underreported. The first person narrator, Melati, is in a movie theater when the violence starts. She's with her best friend, Safiyah, who stays for a repeat showing so she can ogle Paul Newman. Melati wants to get home and make sure her mother is alright--not because of the rioting. She doesn't know about that yet. Because she spends her life imagining her mother being killed in gruesome ways. What would now be diagnosed as obsessive compulsive disorder (OCD), seemed to Melati to be an evil djinn, forcing her to tap and count multiples of three to keep her mother safe.

Melati's OCD can get tiresome for the reader in the beginning, but I think that's part of the point. Her illness is impossible to ignore. She's become adept at hiding how her OCD manifests, but a citywide crisis leading to a 24-hour curfew makes it hard to tamp down. Fortunately Melati makes friends along the way, while she's trying to reconnect with her mother, a nurse, who was working in a hospital when the fighting started. There's a teeny bit of romance in the novel, but it's mostly a war story with a disabled heroine fighting her own demon to survive.