People with Finger and Toes

I'm calling this post "People with Fingers and Toes" because when I announced on Facebook that I was starting a program in digital humanities, and I inevitably got the "what does that mean?" question and didn't have a great answer, one of my friends suggested it was the study of humans' digits–people with fingers and toes. That may not be an original joke, but it was new-to-me, and while I didn't laugh myself silly over it as my friend Kate did, I thought it was cute. What I didn't think was that it had any bearing on the topics I'd be exposed to in class. 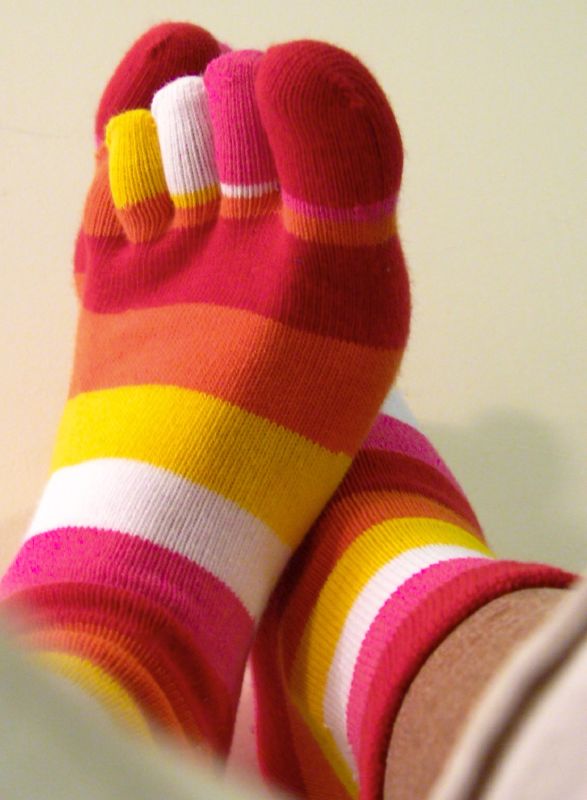 Striped Toe Socks by Raïssa from Wikimedia Commons, CC-BY-2.0
Thing I learned: it's not so easy to find an image of non-white appearing fingers and toes that's licensed for reuse.

The first pieces I read for this class were The Emergence of Digital Humanities introduction and first chapter by Steven Jones. A thing I was struck by, maybe even moved by, was Jones' discussion of human political interaction in the development of the discipline. He wrote of the break-it-to-see-how-it-works coding culture that was anathema to the world-weary skepticism prevalent among humanities scholars. That Jones was taking people's' modes of operation, maybe even their feelings into account was surprising to me (in a good way), and it got me to thinking about what movements may not have moved forward because people didn't find a way to get along, and instead gave up.

The first question we addressed in class tonight was "Is or are digital humanities." I declared myself in the "are" camp, citing the interdisciplinarity of the field. I was joined by a fellow student suggesting the constant state change in the DH lends itself (themselves?) to being referred to in the plural. Another thought that occurred to me after I'd spoken was that the non-canonical nature of the sort of start-up discipline is another argument for are. In a culture where everyone is a creator, collaboration is queen, there's a declared spirit of inclusiveness, and multiple additional disciplines are engaged, sometimes at once, surely we can consider that melding to be at least dual-headed if not more. It's the inclusiveness that interests me most, the idea that there may be many of "the canon." There are canons for different disciplines, but also for people of different races, religions, ethos, and other areas outside the default, what would be considered the canon by, for example, Columbia University's Core class in Literature Humanities. I like the idea that digital humanities modes of inquiry may be employed to surface the outside voices even within the traditional [white, male, cisgender, and usually heterosexual] canon.

Aside–isn't it interesting that the Columbia Lit Hum Core, which only recently expanded to include works by people other than dead white guys feels the need to list at the bottom of the page which works it kicked out the curriculum to make way for Toni Morrison and Virginia Woolf? That is a side note, but I think it bears attention in that by including those works on the page they've called attention to the previous absence and the new one. I understand that DH practitioners? scholars? practischolars? and data visualizers also struggle to picture absence.–end of aside

The other head of the Fingers and Toes Having Person that I want to look at is the scholar/creator/human. There was talk in all of the pieces I read for tonight's class about funding, and some looked at how digital scholarship is evaluated. That was a theme that came up in class, along with concerns about sustainability in a craft that values open culture ideals.

First I want to look at how funding may be seen as legitimizing work. When I came close to winning a Knight grant, one of my first thoughts was "At last! My institution will finally see that my area of interest is for real." As Dr. Rhody said, when digital humanities scholars work collaboratively and their research does not result in a single author monograph, tenure committees may not know who to evaluate these people's work. For many in the academy–and elsewhere–work is a labor of love, but if the current management lockout of union faculty at the Long Island University Brooklyn campus tells us anything, it is that even tenured professors are laborers.

When we spoke in class about whether it would be cool or not to have advertisements, especially for distasteful products like proprietary universities, at least one student brought up sustainability as a necessity for digital humanists that don't get funding. I appreciated Dr. Brier bringing up that even funding agencies should arouse grant seekers' suspicious. He made me wonder how a funding source may affect scholarship and how scholars may consciously or unconsciously tailor their proposals to make them fundable.

I have never heard so much talk of funding in other disciplines, but I don't attribute the focus on funding to humanists who all of a sudden have developed dollar signs for eyes like they may perceive their pals over in STEM to have. I think they are excited to finally have a potential seat at the money table, but mostly they need help and are aware of the need for and cost for labor. (I have lots to say about open source web development and spending money on labor. I'll spare you, but it boils down to funding people not tools.) As Dr. Rhody brought up, though the work of making a project go may be invisible to outsiders, if people with more humanities knowledge than coding chops want to see their project realized, they're going to need pay people to help them. Even if they do have technology skills, people need time, which as we know, is money.

The sustainability issue is also real. Bringing this post to a close, I'm going to come back to Facebook and consider the human issues digital humanists face. Eleven of my Facebook friends shared Cate Huston's slide about burnout, as did I, bowled over by the idea that overwork is at the bottom of the list: 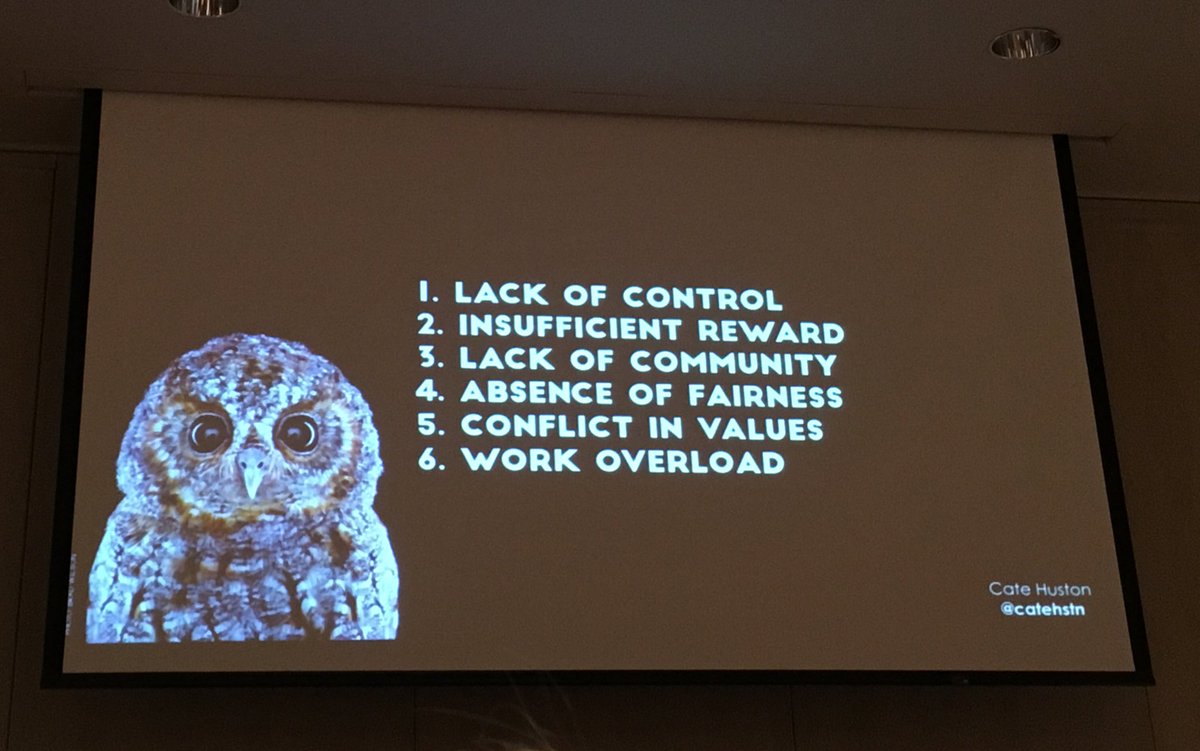 Actual overwork is the last item on the list of burnout factors. In an environment as described by Spiro, where collaboration, connectedness, and diversity of perspective and tactic, the risks may be high for all of the factors. You have to cede some control to the group, and inevitably, some people are going to contribute more than others. An overcome struggle to achieve consensus may increase the level of intimacy and feeling of reward, but the struggle can be harrowing. Jones, in acknowledging interpersonal politics in how digital humanities has and continues to develop, reminds us that though this is a movement, and one with a lot of good feeling to it right now, it is also impacted by how one human interacts with another, and whether or not those fingers get curled into fists or the toes curl in delight.

DISCLAIMER TO PROFESSORS: I don't know why the commons is adding slashes to apostrophes and quotation marks and why it isn't rendering my images. The html looks fine to me…?
NEVER MIND: It's just the preview that's funky.

DISCLAIMER TO CLASSMATES: Posting right away is not an attempt to stake a claim, suck up, or otherwise be annoying. I just have a sick fall semester and want to turn in assignments in the semi-calm before the worse storm.